NEW The Flower Dance and the Wind Song 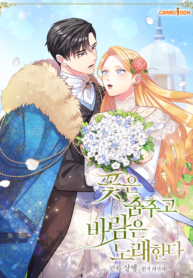 The Flower Dance and the Wind Song

Arcella, who lived a glorious life that everyone envied but died of illness at a young age.

Before her death, she regretted not having become a proper mother to her son.

But somehow, she went back three years ago.

Arcella is living her second life.

I promise to be a loving mother this time.

However, is it too late?

The son only pushes her away and she realises that her relationship with the husband, who she thought was fine before her regression, was wrong…

I Will Rewrite the Dead End Novel

Today I Become A Star