NEW Surviving As A Maid 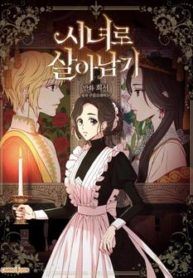 When I opened my eyes while cooking ramen, I woke up as the Queen’s maid, who was treated coldly by the King in the BL novel, where the King was gay, the concubine gay, the knight gay, the servant gay, and the librarian were gay. Will she be able to survive safely after becoming an ordinary maid, Ash, who has no main character buffs? How will the maid survive!

The Elegy of Roses

If You Touch My Brother, You’re All Dead

Please Throw Me Away