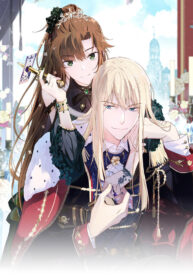 After dying, her soul entered a life-betting ‘princess game’! She became the famous Pea Princess from the fairy-tale, and with other princesses, began courting the one and only Prince. Only by marrying the prince can the princess return to the real world and continue living, earning a huge monetary reward as well! How will she fight against the strong princesses and capture the prince’s heart?!

Cultivator from the future

I Raised a Black Dragon