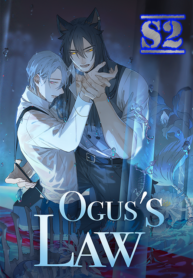 Su Yuan, a poor student, in order to not place any additional burdens on his family, accidentally got himself enrolled into a college named, Ogus Academy. But soon he discovered that this institution was actually established for the protection of monsters (demons/beasts); and the physically weaker humans, in order to protect their lives, had to form partnerships—called PAL, with those monsters. Furthermore, as a result of his unique scent, many are drawn towards him in hopes of becoming his PAL; and at same time, he is also subjected to various attacks. That was, at least, until the day he rescued a fox covered in blood from head to toe, only to then discover…
Augs’ Law

My Apprentice: Game over Again!

The Reason I Keep Avoiding My Childhood Friend

Revenge of a Fierce Princess