NEW My Sister Picked Up the Male Lead 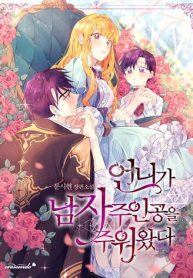 Story content My Sister Picked Up The Male Lead The main character reincarnates into a side character of a novel that she had once read. She becomes Amy, a young landlord, who has an older sister. From what she recalls in the original novel, her sister becomes the first love of the male lead she picked up and gets brutally murdered in the near future. The male protagonist has a disposition that of a sociopath, which stemmed from the unloved environment he grew up in. He has also been inflicted with a curse, where his body and mind would transform into an adolescent during the day. Can the curse of the male lead be lifted? What will happen next?

I Refuse The Duke