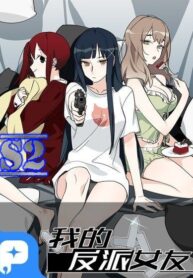 My Villainous Girlfriend ; Wo De Fan Pai Nu You

Summary: My Girlfriend Is A Villain ( My Mobster Girlfriend ) / My Villainous Girlfriend ; Wo De Fan Pai Nu You

Zhang Nan, the young master of the declining Fu Long Clan just wants to be a normal person, but he is sent to an aristocratic training school by his grandfather. He is accidentally assigned to a female class by the teacher, and is tormented by his female peers to the point where he wants to leave school…

Check In to My Heart

The Ending, I Want to Change it

Why Would a Villainess Have Virtue?