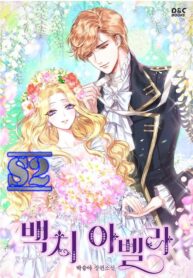 Seo-Kyung Kang, a famous math instructor in Daechi-Dong, wakes up as an idiot from another world! Seo-Kyung was apparently hit by a truck and died. What’s more, in three days, you have to marry the imperial ‘monster’ prince who is called a hunchback with a full body burn? Abella decides to take her part and run away. But what? The face and body of the prince, who was called a ‘monster’, is not good, but even wonderful… “I unintentionally ended up using you, but I have no regrets.” The royal family. What will happen to Abella’s marriage to an idiot (who has to pretend to be)! ‘Where, let an idiot beat you up!’

The Grand Princess Was Not There

The Predatory Marriage Between the King and the Paladin