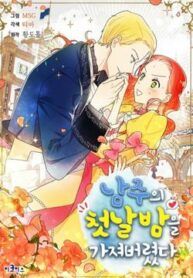 Reading I Stole The Male Lead’s First Night on S2manga

About I Stole The Male Lead’s First Night : Due to a mistake one night, I became the target of the most obsessive man and a villainess! After possessing Ripley, a baron’s daughter and an extra in a novel, I became the female lead. Since this is the case, I will try to enjoy the riches and luxuries of a nobleman that I couldn’t experience in my past life. I can remember up to drinking alone in a corner at a party… but I woke up the next day in the male lead’s bed! Ripley became the target of the villainess after the male lead’s remarks that she should be responsible for spending their first night together. Knowing the fate of the female lead, Ripley tries to get rid of the male lead by causing trouble, not washing, and all sorts of things. Nevertheless, the male lead’s unwavering single-minded heart begins to shake.

The Tragedy of a Villainess

The Abduction of Mademoiselle