NEW I Became the Villain in the Omniscience Game 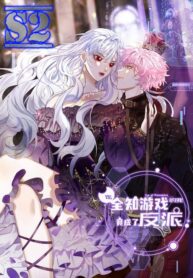 I Became the Villain in the Omniscience Game  , 在全知游戏里的我竟成了反派

I Became the Villain in the Omniscience Game

Summary: I Became the Villain in the Omniscience Game  / 在全知游戏里的我竟成了反派

I Became the Villain in the Omniscience Game manga, Third-rate web novelist Jia Yi unexpectedly picked up a handsome, powerful, and unfortunate young man in the game?! To find her younger brother, she took the risk of teaming up with him and entering S-class plot missions one by one, and teaching love along the way? Is such a good thing possible?! All the players think we’re just pretty faces, but all the instance records are broken by us! Are you getting angry?

The Blue Snake and the Red Moon

Surviving as the Prince’s Fiancée

Comics book, Divorce Me, Divorce Me Husband!, Elizabeth, Even Though I’m the Villainess, Fantasy, Finding Camellia, Flower Is Not Full, Grand Duke, Hotmanga, How the Villainess Becomes a Saint: Escaping Certain Death!, How to Hide the Emperor’s Child, Hua Kai Wei Man, Husband!, I Am Not Healthy, I Became a Crow, I Became the Villain in the Omniscience Game, I Didn't Mean to Seduce the Male Lead, I Have No Health, I Only Came to Find my Dad, I Tried To Be Her Loyal Sword, I'm a Princess?, I’ll Be The Matriarch In This Life, Idiot Abella, It all starts with playing game seriously, Manga Hot, manga new, Manganew, Manhwa-s2manga, Marriage of Convenience, Of all things, Of all things I Became a Crow, Please Be Patient, Princess of the Animals, Princess’s Doll Shop, s2manga, s2manga-Trending, Starting from Today, Starting from Today I'm a Princess?, Sword Sheath’s Child, Terrarium Adventure, The Half-Open Flower, The Marriage Business, The Princess' Doll Shop, The Reason Why Ophelia Can’t Get Away From The Duke, The Villainess Wears an Idiot's Mask, There Were Times When I Wished You Were Dead, This Wish Is Cancelled, Trending-s2manga, TVNT, Under the Oak Tree, When The Count’s Illegitimate Daughter Gets Married, Why Ophelia Can't Leave the Duke's Family, Why She Lives as a Villainess, 在全知游戏里的我竟成了反派, 결혼 장사, 남편님!, 단청, 동물들의 공주님, 라지에르의 서, 레이디 스칼렛, 레이지피스, 백작가의 사생아가 결혼하면, 백치 아벨라, 솔티, 아빠만 찾으려고 했는데, 악녀는 백치가면을 쓴다, 오늘부터 황녀?!, 오필리어가 공작가를 벗어나지 못하는 이유, 이 소원을 취소, 이혼해주세요, 참아주세요, 충직한 검이 되려 했는데, 칼집의 아이, 하필이면 까마귀가 되어버렸다