NEW I Became the Sacrificial Princess 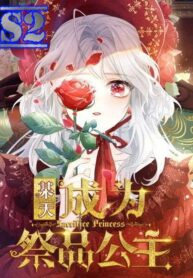 I Became the Sacrificial Princess

Unknowingly swapped upon birth, Princess Brianna lost her identity as a princess and became a vagrant orphan. One day, her Imperial Father suddenly sought her back, reinstating her back to her rightful identity as the nation’s princess. However, what awaited her was not a family reunion nor was it an extravagant life, but instead, she was to become a sacrifice for the god. Reincarnated into the body of Princess Brianna, our main character only wants to change her fate of death, yet realises that the best way to do so is to become the sacrifice. The only way she can live is by becoming the sacrifice, as hidden scheming along with its causes and effects, slowly unravel in front of her eyes. (Synopsis: Gourmet Scans)