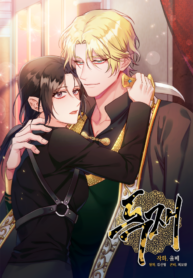 N/A, it has 7K monthly views

Story content  Dictatorship : It was inevitable that they’d meet by chance. Bam! He’s a desert, a violent beast, and the Sultan’s heir, someone more important than everyone else and yet still acknowledged by nobody. He owns her for one year, but is trying to keep her forever.

“Friedrich Dürrenmatt once said, ‘It is only in love and murder that we still remain sincere.’ Since you’re still alive, does that mean I love you?” says the man that’s done with playing hide and seek, Ashan.

“Oh my, that’s a scary confession. There isn’t anything in the contract about having to spend the night here though,” says the woman trying to escape, Seoyoon.

Working at the Witch’s Mansion

Father, I Won’t Do Anything