HOT Boss of the Emperor’s Harem 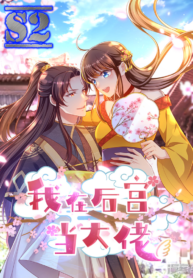 Boss of the Emperor’s Harem

Have you ever heard of a fertility fairy? That’s what Yun Mian is! Her mission upon descending from the immortal realm is to help the imperial concubines of Xiao Guo’s emperor bear an imperial successor. What? His Majesty is infertile?! And it’s something that even the imperial physicians and divine doctors can’t cure? Yun Mian’s under enormous pressure now! “Yun Mian, we* are dizzy. Give us your divine qi.” In order to fulfill her duties, Yun Mian throws caution to the wind! “Yun Mian, our stomach hurts. Give us more of your divine qi.” After the ninety-ninth time she gave him her divine qi, the impossible happens**! Just as Yun Mian is about to inform the imperial concubines, the devilish emperor captures her in his arms! “Yun Mian, since you’ve cured us of our affliction… we shall grant you the imperial successor!” What? She didn’t want to take on THAT duty personally! She immediately flees, but the devilish emperor’s words follow her… “Yun Mian, until you’ve fulfilled your duties, you’re not allowed to leave!”

A Star Reborn: The Queen’s Return