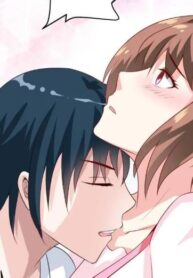 It is said he becomes a vampire on midnight with a full moon, sucking blood of women to survive. It is said he has married eight times with each one of his wives died or went crazy in less than a month. It is said he needs to suck young women’s blood every day to survive. However, she is his ninth wife. Could she survive his strange game? After she met him on their wedding night, she found that what had been said in legends were not just legends.

The Return of the 8th Class Magician