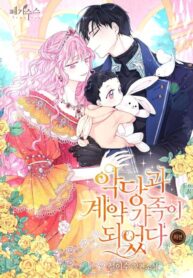 설이수 / Just someone passing by

설이수 / Just someone passing by

Summary: 악당과 계약가족이 되었다 /I Became the Villain’s Contract Family / Become the family of the villian

a name derived from an ancient creature, used to describe those who could charm, lure, control, and heal others by singing. Years ago, a siren named Sophia was kidnapped by Count Cortez as his prized siren, and a girl named Aria was born soon after as their daugher. Subjected to live the life of a siren, Aria had experienced, seen, and heard many horrific things. Others would do anything to hear her sing, to the point of insanity. The emperor, who grew obsessed with her, broke her legs and locked her in a bird cage deep within the imperial palace to hide her and keep her to himself. Broken beyond repair, Aria resigned herself to death, when suddenly… The Devil Archduke, LLoyd Cardenis Valentine, arrived and whisperd, “Should I kill everyone here?” “If you need me, just call me. Your song will always reach me, wherever you are.” In the end, Aria called the devil, bringing death to all those present, except for herself. “Let’s fall down to hell together.” And with that, Aria breathed her last and died… only to return back to her 10 year old self. Now that she has a second chance at her life, Aria is determined to change her fate, as well as the cruel future of her savior, Archduke Valentine. She proposes a contract marriage to him, with a divorce planned 10 years later, but he has other plans…

Rebirth of the Eternal Cultivator

I Will Seduce the Male Lead for My Older Brother