NEW As The Lady Wishes 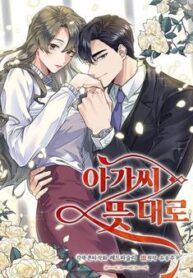 As The Lady Wishes

Hyun Eun Suh, age 7. She was taken care of by the CEO Cha Deok Man, who regarded her great-grandfather as a great benefactor. 15 years later, CEO Cha collapsed after falling ill, and so wanted her to marry one of his grand-sons?! The conglomerate’s future depends on Eun-Suh who was loved more than CEO Cha’s own descendants! During this time, Cha Jin Ha who was like her real older brother dropped a huge announcement? “Miss, are you still considering who you want to marry? Of course, you have to marry me.” A man who she cares for most in the world and yet someone whose feelings remain indecipherable, can she trust him?

Life on the Flower Road of the Grand Duchess

The Sunny Lead was Raised as the Villainess