HOT A Villain Is a Good Match for a Tyrant 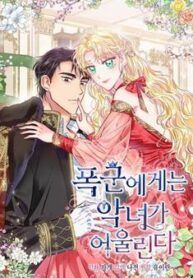 A Villain Is a Good Match for a Tyrant

One day the tyrant, Estian, sent a marriage proposal to Cecil. She got dragged to the empire unwillingly but when she saw the emperor’s face she had a change of heart. “You’re quite the hottie aren’t you?” She liked her husband. And her husband likes her back too! To live happily with her tyrant husband does Cecil need to become a villainess far worse than the tyrant?!