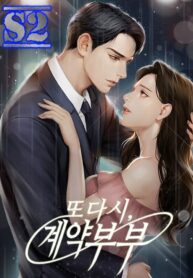 Gun-ha and Seo-yeon were strongly attracted to each other, but because they lived completely different lives their marriage ended short and eventually they chose to divorce.
Five years later, Gun-ha proposes to Seo-yeon again to be a ‘contract couple’.
“Please marry me again. This time, we stay as an ordinary couple.”

Sleepless Nights Of A Maid

Death to the white ferret weasel